A tornado is near your business – what to do? 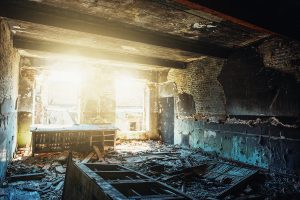 We’re heading into tornado season, which means employees need to be prepared on the protocols in case one hits near your business.

Already, a serious tornado damaged 70 buildings in March in the Vernon area, in mid-Michigan. So it’s not too early to start emergency preparedness in the event one hits near you.

Seeking shelter
When a tornado warning is issued, do your employees know where to go?

In general, experts advise that employees take the stairs to the lowest floor possible, and once there, find an enclosed, windowless area – usually in the center of the facility. Often these are restrooms, closets and even walk-in coolers can work.

Tell employees to crouch down, look at the floor and cover their heads. In other words, create as many barriers between themselves and flying or falling debris.

Publicize those areas in advance, and also tell employees how you plan to communicate with them.

If workers are outdoors or traveling, they should always monitor the weather and look for shelter options in case a storm quickly appears. If possible, postpone travel that might include severe weather along the route, he added.

If a tornado is nearby, quickly move to a sturdy building if one is available. If that’s not an option, lie down in an area lower than the elevation of the road and cover your head with your hands.

Here’s what NOT to do:

After the storm
Once the tornado passes, the Centers for Disease Control and Prevention advises the following: